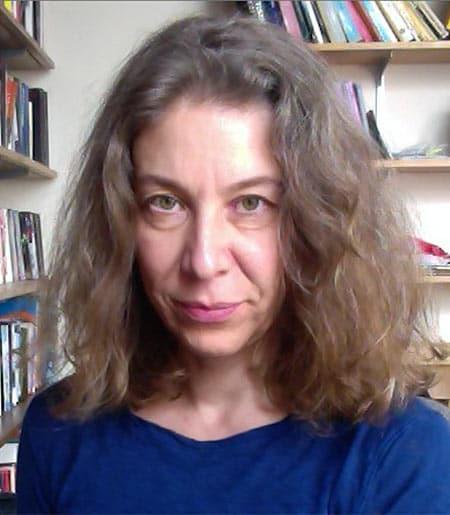 Arnika Fuhrmann is an interdisciplinary scholar of Southeast Asia, working at the intersections of the region’s aesthetic and political modernities. Her work seeks to model an approach to the study of Southeast Asia that is informed by affect, gender, urban studies, and media theory and anchored in thorough cultural, linguistic, and historical knowledge of the region. It stresses a translocal focus that manifests in both geographically and theoretically comparative frameworks.

Fuhrmann’s work strives to understand the logics and theoretical implications of modes of belonging in Asia that are simultaneously constituted by religious and secular notions. Within this context, she investigates the ways in which affect and aesthetic form shape contemporary political cultures. Her book Ghostly Desires: Queer Sexuality and Vernacular Buddhism in Contemporary Thai Cinema (Duke University Press, 2016) examines how Buddhist-coded anachronisms of haunting figure struggles over sexuality, personhood, and notions of collectivity in contemporary Thai cinema and political rhetoric. The book thereby highlights a Southeast Asian, Buddhist perspective on queerness, femininity, and negativity.
​​​
Fuhrmann’s second book, Teardrops of Time: Buddhist Aesthetics in the Poetry of Angkarn Kallayanapong (SUNY Press, 2020), extends her interests in the work that Buddhism performs outside of the sphere of religious instruction. It follows the question of how 20th century Thai poetry uses Buddhist frameworks to create scale for cultural critique, to inform modern ethical paradigms, and to invent a poetic lexicon and poetology that not only adequately reflect the struggles of a globalizing country and region, but also intersect with the concerns of poets worldwide, such as Paul Celan and Alan Ginsberg.

Fuhrmann’s current book project, In the Mood for Texture, investigates Bangkok as a Chinese city and focuses on the revival of the aesthetics of Chinese pasts and colonial modernity across cinema and hospitality venues. Her next project, Digital Futures: South/east Asian Media Temporalities and the Expansion of the Sphere of Politics, focuses on new media and how the study of the digital allows for a perspective on the political public sphere that transcends commonplace distinctions between liberalism and illiberalism.

Educated in Europe, Asia, the Middle East, and North America, Fuhrmann strives to bring transnational and transregional perspectives into her research and teaching. At Cornell University and beyond, she is excited to work with exceptional graduate and undergraduate students from a range of disciplinary backgrounds. Complementing her academic work, she also engages in cultural programming and works in the curatorial team of the Asian Film Festival Berlin.

“This Area is [NOT] Under Quarantine: Rethinking Southeast / Asia Through Studies of the Cinema,” in Area Studies at the Crossroads. Knowledge Production after the Mobility Turn, Anna-Katharina Hornidge and Katja Mielke, eds., New York: Palgrave Macmillan, 2017: 251–268.