Matthew Hudson '15: 'No discipline values exploration quite like the liberal arts'

Why did you choose Cornell?
Even as a wee guppy, I felt a gnawing curiosity to see the world beyond my small pond. My hometown had little demographic diversity and even less ideological creativity, so the thought of attending an global-minded school felt like a dream. I wanted to push boundaries and reshape myself under an entirely new philosophy.

What is your main Cornell extracurricular activity -- why is it important to you?
Even before applying, I had been in contact with Chris Kim, Cornell's Director of Orchestras and conductor of the Cornell Symphony. He let me sit in on a rehearsal as a bright-eyed 17-year old, which clearly must have sparked something. I've been the CSO's principal cellist since freshman year, a position that caved my head in and made me question the qualities of effective leadership. Since starting, I've cried, forgotten how to count, made a best friend, learned Zen meditation and remembered why I started it all in the first place. For me, music is a deep state of mind that can either magnify life's subtleties or blot them out altogether. It's medicine, meditation, soul food.

What was your most profound turning point while at Cornell?
Maybe a month after my sophomore year, I left the U.S. on a paid research jaunt to northern Spain to hike the 790 km Camino de Santiago pilgrimage. Along with severe sunburns and excruciating nerve damage in my left shoulder, I learned to simplify, to forget, to simply exist in the present moment. I had a couple moments of pure consciousness, or "satori" as the Japanese would say, that will stick with me until my final days.

What, if any, Cornell-related scholarships/special financial benefits did you receive?
The most significant scholarship, without question, was Cornell's Asian Studies Travel Grant, which paid my way to Japan in 2014 for another pilgrimage. Beyond that, I honestly don't know too much -- my parents probably know!

What accomplishments/activities are you most proud of while at Cornell?
While I'd never admit to being proud about much of anything, I'm indebted to the symphony, the Daily Sun, the music library staff, and the Japanese language faculty for giving me avenues to explore myself. I was a gawky, nerdy kid who watched anime in middle school, and now I'm confidently literate in Japanese. If anything, I suppose I'm proud of my endurance; learning a language and researching pilgrimage for two years was, at the very least, a bit exhausting.

What, if any, research projects did you participate in at Cornell?
Senior year was an exercise in devotion to a single, infinitely complex idea. After reading 35 books and dozens of articles, I slaved away at molding an entire metaphysics that could explain the nature of human experience through travel. My honors thesis became my lifeblood, the thing I would wake up for in the morning and put myself to bed ruminating on until the melatonin kicked into gear.

What Cornell memory do you treasure the most?
At the conclusion of Prof. Jane-Marie Law's final lecture in her Intro to Asian Religions class, there was a perfectly silent moment after her tearful reading of Dylan Thomas's "Fern Hill" that struck me like lightning. Right then and there, I knew I wanted her as my advisor, and somehow, I knew that poetry was one of many keys into a world of infinite depth.

Who or what influenced your Cornell education the most? How or why?
If it somehow weren't clear from the above, there is no one in my life quite like Jane-Marie Law. She set me on my first pilgrimage route, coached me through Fulbright applications, gave me incredibly rich poetry, critiqued my writing, and so much more. Without her, I'd have long since settled for working a windowless desk job at the State Department, hardly siphoning enough Vitamin D to pass for a ghost.

How did any of your beliefs or interests change during your time at Cornell?
They all changed. Every last one of them. Four years ago, I arrived with an oxymoronic worldview equal parts pragmatic and theological. Now, through some strange witchcraft, I've adopted a crazy concoction of Buddhist, Taoist and post-structuralist philosophies that, if anything, make me an absolute bore in conversation (I think).

What do you value about your liberal arts education?
Curiosity. No discipline values exploration quite like the liberal arts; anywhere else, I'd have ended up stifled, stagnant and unhappy. Asian and religious studies seem unorthodox and even a bit impractical to some, but without them, my worldview would be myopic and boring. What fun is that?

What are your plans for next year; where do you see yourself in 10 years?
As far as I know, I could either be doing research in Washington D.C. or sweeping floors in a Zen monastery in Japan. Who knows? Ten years from now, I might be sweeping the same floors; what I've found is that any act can be meditation if done with mindfulness and intent. Though in perfect honesty, I'd love to be implementing sustainability practices in small communities through involvement with the UN. 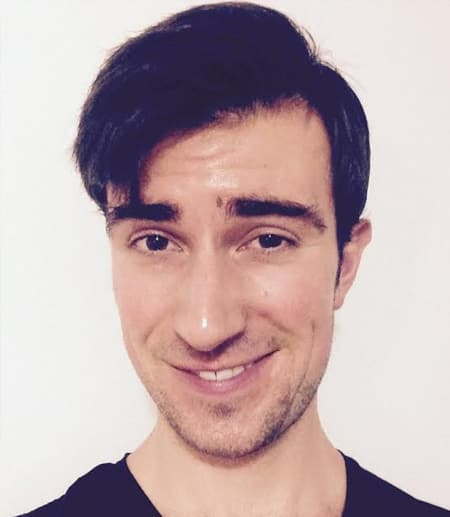