Emily Chammah '10: 'I left Cornell with a better understanding of the world beyond my own '

I grew up in a religious family in the Detroit Metro area, which is incredibly diverse but also very segregated. I wanted to learn more about the traditions around me that were different from my own, and because Detroit has a large and robust Arab population, I felt especially drawn to Middle Eastern religions, particularly to Islam.

I was a transfer student, and the interdisciplinary nature of Religious Studies allowed me to take advantage of the wealth of resources available at Cornell. I took classes in many departments: Near Eastern Studies, English, Asian Studies, American Studies, Jewish Studies, History, Government, Society for the Humanities. I participated in the Intensive Arabic Program and studied abroad. And while the lack of a single department to call home could have left me wandering, the one-on-one, individualized attention I received from my advisor, Professor Kim Haines-Eitzen, gave me such direction and guidance. She encouraged me to enroll in the Intensive Arabic Program, and to apply for a grant that helped fund research for my thesis in Jordan.

Did your RELST major influence your career choices?

As a Religious Studies major, I was able to learn about peoples and cultures throughout the world not just through their practices and beliefs, but also through close readings of the texts that shaped those beliefs. I left Cornell with a certain admiration for the power of language and words and the narratives that emerge from them. I learned that narratives offer us a place in our own communities and, at the same time, increase our empathy and understanding of others.

Writing fiction is storytelling. Overall, many of my stories are embedded with imagery, characters or plots that directly relate to what I was exposed to as a Religious Studies Major. Ritual and puppets come up a lot. On the line level, I tend to be very concerned with the rhythm or pacing of my sentences and the precision of word choice, and I think that this came from the close examination of Buddhist, Jewish, Christian, and Islamic texts in my Religious Studies courses.

As an immigration paralegal, I use storytelling in order to strengthen personal statements that are submitted in support of applications for asylum. Many of my clients do not speak English fluently, and I work with them to take their experiences and structure them into a convincing and logical narrative. Also, many of these clients are claiming asylum based on religious persecution, and knowledge of other religions has become especially helpful and relevant to my daily life.

Finally, if a current Cornell sophomore said to you, “I’m thinking about a Religious Studies major,” what would you say to them?

I would absolutely recommend Religious Studies to anyone who is interested in studying other cultures and traditions. But I would also recommend it to anyone considering another humanities major--literature, area studies, languages. As a Religious Studies major, I developed invaluable reading and writing skills, and I left Cornell with a better understanding of the world beyond my own. 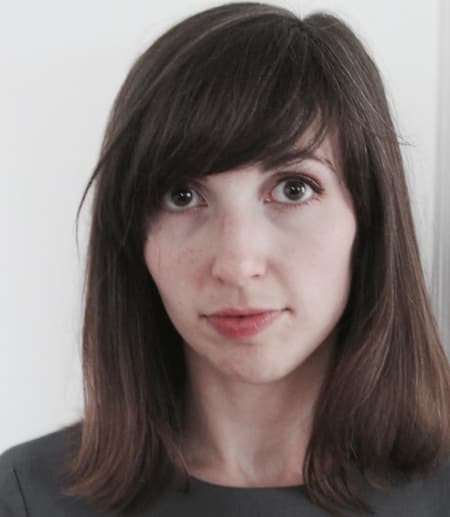